My niece Ruby Pierce, who is 17, has been awarded the Budleigh Salterton Literary Festival Creative Writing prize, beating off competition from hundreds of others, most of whom were adults.   She won it for a poem she wrote about remembering Felix.   She came down to Devon for the award ceremony, not knowing if she had won, and we were totally overwhelmed, not just at her brilliant achievement but because something beautiful had come out of his death.   Afterwards we walked along the seashore in the fading light, and remembered him.  Here is the poem.

Being There
(One Summer's Day)

There’s a sudden shift in the air.
The first note prises open a crack in time and all in a moment I’m standing in the heat of one summer’s day.
A searing warmth nearly as deep as the red in my cheeks.

There’s an August feeling.
Stepping onto the balcony, eyes skim and stop on the horizon, sinking slate.
Buddleia, heavy with a scent so sickly sweet the layers of butterflies become tacky like our fingers, doused in a honey glaze.
In the shallows of the sea we dive for oddities uncovered with such an instantaneous glee shown in the arcs of our mouths as we swim back home.
To escape the chill we fumble with the showers until the hot pellets graze in burning streaks.

There’s a sudden shift in the summer.
The boundaries have fallen on the shoreline.
Waist deep we wade, rigid as the sea frigid
But he stops and sits on the sand.
This is how it would normally be but something is different.
We retreat, pack up, drive off, move forwards
But he just sits and looks, then picks up his daily book.

And then I’m back again.
Standing on top of the hill where the wind cuts sharp, like the stark black keys on white
Their contrast a jarring battle waging war with our emotions.
But his brother tames them softly.
He unwrinkles them in a tune so smooth it pierces you in an unwarranted mix of beauty and sadness.

I think about where he is now,
Both below in the earth and skywards above
An encapsulation, safe with the strength of his hug.
I’ve felt this before.
In the cool of the summer night we slipped ourselves into the water.
The world ushered into a drawling darkness, disturbed only by gentle baptism.
Our fingers set the sea alight in tiny fragments like sprightly iron filings.
We carved our way through liquid starlight
a rippling mirror
And as the elements lost all definition the lucidity intensified with a scintillation all around us.
The merging of the sea and sky and he’s with us again,
in the brilliance of one summer’s night. 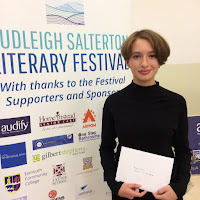 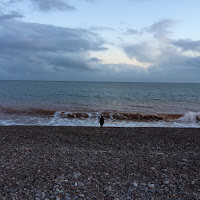